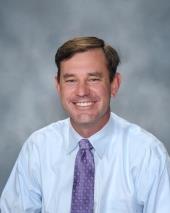 Kyle Tucker is entering his 15th year at Cartersville High School as a Social Studies Teacher. He will teach World Geography during the 2020-21 school year. In addition, Tucker is the Head Baseball Coach, the Director of IMPACT (CHS Student Leadership Academy), and served for 13 seasons as an assistant football coach.

A 1999 graduate of Cartersville High School, Tucker attended Clemson University and earned his degree in secondary education in May of 2004. Tucker was a punter for the Clemson Football Team and earned a letter while playing for the Tigers.

In his three seasons as Head Baseball Coach, the Hurricanes have compiled an overall record of 67-22, won two region championships, reached the state finals in 2018, and the state quarterfinals in 2019. Tucker was named the Georgia Dugout Club AAAA State Coach-of-the-Year in 2018, and the Region 5AAAA Coach-of-the-Year in 2019.

All District and School mass communication with parents and students will be via BlackBoard Messaging. In order for you to receive my texts, calls, and emails, your contact information must be accurate in PowerSchool.”

Download the app in the App Store or Google Play.